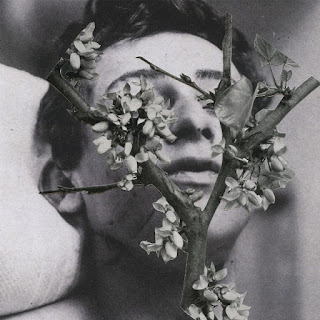 We’ve seen boundaries pushed in black metal pretty much since the origins of the genre, we’ve also seen a good number of bands shatter those boundaries completely. Bands such as Ulver, In The Woods, Arcturus, and Solefald may have cut their teeth in the Norwegian black metal scene but have since gone on to achieve much more by moving beyond it. Manes are another such band, formed in 1993 and performing black metal up to and including their album Under Ein Blodraud Maane. In 2003 they took a radical departure with their album Vilosophe, heading in a more avant-garde direction and have continued on that path ever since, polarising the opinion of fans in the process as tends to happen.

Cut to 2018, and Manes have returned with their latest album Slow Motion Death Sequence, released
on August 24th via Debemur Morti Productions and it’s likely to be no less divisive amongst metal fans but hopefully it’ll find a dedicated audience who will appreciate what Manes are doing here. I can easily list some of the styles Manes incorporate in their sound, including but not limited to metal, electronica, trip hop, industrial, ambient, alternative rock and pop, frankly though that list is about as relevant to the sound as a list of ingredients in a cake recipe is to how the cake tastes when you’re eating it. Suffice to say, Manes see genres not as templates but as tools to create something entirely of their own, and what they’ve come up with here is something pretty special indeed.

“Endetidstegn” lays the groundwork to Manes’ latest musical vision, the initial minimalistic electronic beats and subdued moody vocals are joined by layer after layer of sound with guitars, drums and additional female vocals coming in and the song gradually building up to a powerful crescendo. There’s a stark contrast between the restrained opening parts and the dramatic conclusion of this song, highlighting the full range of sounds and emotions Manes produce on this album. It’s a great start and a springboard to what comes later, it’s soon apparent that Manes have far more tricks up their sleeves. There’s “Scion” next, with a lighter, more upbeat approach, I’ll admit at first it took me a while to warm to this particular song with the vocals coming across as jarring at first but after a couple of plays I came to appreciate it a lot more. It’s a strange thing with this album, on first listen there’s a deceptive air of simplicity and accessibility, just enough to entice you in further, after a few spins though you really come to appreciate the true depth of the music on offer here and how meticulously crafted everything is. Repeated listens are essential, the fourth will sound very different to the first. 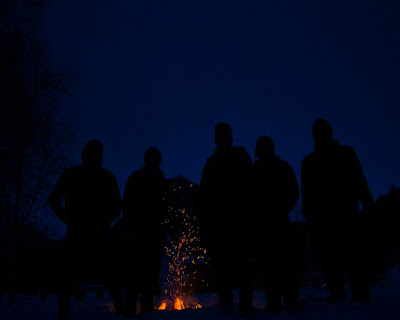 I won’t describe every song on here, each song on Slow Motion Death Sequence is unique in its own way though and there’s some real gems to be found. “Last Resort” is one of my personal favourites, the early parts settling comfortably into familiar sounds, perhaps reminiscent of In The Woods in places as well as recent Anathema. Come the five-minute mark though this song really bursts into life, with a blast of guitars backing up powerful female vocals with raw emotion pouring out. It’s simply breath-taking and standing bang in the middle of the album serves as a real peak to some already epic sounds on either side. There's some dark moments too, “Poison Enough For Everyone” is a much bleaker and more depressive affair, with the downbeat almost spoken vocals backed up by distorted synths soon spiralling into a Reznor-esque anguished style.

There’s much more I could say about this album, suffice to say it’s one of the most unique and rewarding albums I’ve heard all year. It’s hard to draw reference points but from a metal perspective I’d say if you’re a fan of In The Woods, Solstafir and / or later Anathema stuff this will be right up your street, even though the metal aspects are only a small part of what Manes are doing here, you’ll hear more Bowie influence than Black Sabbath. Ulver would be an obvious comparison too, more because they share a similar path and spirit of adventure though rather than with the actual sound, they’re very different bands and it’s unfortunate that fans seem to have been less kind to Manes than they were to Ulver. It is sad that albums like this will often be judged negatively simply by not being “metal”, whereas in fact bands like Manes are producing outstanding original music of a high calibre in a world where innovation is much harder to find and most things have been done before. Hopefully that can be appreciated regardless of whether this is your cup of tea or not. At the end of the day I can draw all the comparisons you want, tell you what’s going on in here but simple fact is Manes stand proudly in their own place with Slow Motion Death Sequence, this is an incredibly strong, rich and rewarding album and for me I’ll go out on a limb and say that in a few years time I fully expect to be looking back on this in the same way I look back on La Masquerade Infernale and Perdition City now. Incredible stuff, give it a chance.