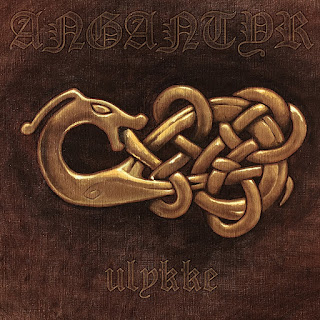 So, here’s a surprise, Angantyr is a Danish one-man band I came across way back, probably around 15 years ago if I recall correctly, through the album Kampen Fortsætter. It was an excellent if quite raw release, I’d not kept track of the band for a good while though, so it was a pleasant surprise to see a new Angantyr album arrive unexpectedly in my inbox. Now Angantyr started out as a synth / ambient project in 1997 then quickly became a black metal band, with Ynleborgaz being the man behind it all. He’s released a few albums over the years, but aside from the recent Foragt EP this is the first release since 2012 and also marks the 20-year anniversary since Angantyr’s first demo. The album is titled Ulykke and is set for release on March 30th via Northern Silence Productions.

If you’re a fan of Angantyr, chances are you’ve got a fair idea what to expect, no frills, no nonsense orthodox black metal in the classic 90’s Scandinavian style. You’ll also expect a certain level of quality, in spite of the rawness of some of Angantyr’s previous works what’s always stood out is just how well written and performed the music actually is. This is crucial to bands playing this style, especially now in 2018. After all, Ulykke breaks no new ground nor does it deviate much from its course for just shy of an hour, so if you want to get and more importantly hold people’s attention you’ve got to be top of your game. Angantyr, thankfully, is just that. The potential shown in those early albums has really come to fruition here, 20 years of experience and a considerable amount of talent, not to mention a huge improvement in the production department makes Ulykke an incredibly strong album and a first-rate example of how traditional black metal should sound and still be relevant in today’s era. 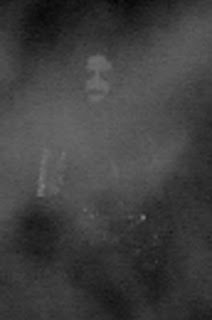 Simply put, Ulykke manages to be a captivating and spellbinding album from start to finish, made so by the fact that musically Angantyr knows how to do pull this off and knows how to keep you hooked. On the surface it may sound like just another black metal album, as you listen though the riffs and the outstanding guitar melodies set the path and lead you on an enthralling trip for the 59-minute duration. In terms of the actual songs, there’s little point isolating the tracks individually and you’ll find most of the variety on the album comes within each song as opposed to being radically different from one to the next. Each song though is well put together and packed with ideas, no one part outstays its welcome but avoids being cut short either, and the seven songs here could each be considered as one leg of a much longer journey. Ulykke is fairly upbeat as black metal goes, the harshness and intensity are there in just the right amount but there’s bucket loads of melody employed as well as an entrancing atmosphere which, in spite of the harshness of the style still has a serene, majestic and uplifting quality. Without deviating so much as to be labelled “melodic” or “atmospheric” black metal, Ulykke still manages to be both.

Angantyr’s sound most certainly benefits from the focus and singular vision Ynleborgaz has for his music. I’ll admit I’ve always loved the diversity of black metal, and the dynamic between bands who experiment and push new boundaries alongside those who firmly resist change and stick strongly to tradition is something which keeps the genre interesting. Angantyr has staked a flag firmly in a specific point and refused to move from or look outside that, uncontaminated by current trends and outside influence and for Angantyr this works extremely well. The focus is channelled firmly into this vision, and the result is something which has a refreshing purity to it. That really stands out on Ulykke, some bands playing this style might sound like they’re emulating the 90’s, Angantyr here sounds like it IS the 90’s and for all intents and purposes you could easily be convinced that’s where Ulykke is from. It’s rare to hear that on this level in all honesty, and it’s one of the key strengths of this album.

In summary then, I’d say Angantyr is far better than a band playing traditional 90’s Scandinavian black metal in 2018 has any right to be. If you don’t like that style, there’s little here that’s going to convert you I’ll admit. If you do though, you’re in for a treat with this one. It’s not always about pushing boundaries, experimenting and trying different things, with music like this it’s about performing and enjoying the style of black metal you love, sticking to your guns and keeping the black flame burning. Angantyr has a clear vision of the target, has drawn, aimed, delivered and firmly hit the bullseye with this one. If you’re into this band, Ulykke is a much welcome return after a six-year wait. If you’ve never heard Angantyr, now is a good time to find out why this band has picked up a cult following over the years. No nonsense, no frills, just first class black metal exactly how it used to be, and one I can happily recommend to anyone with any degree of liking for this style.